The National Council on Aging (NCOA) recently released an issue brief discussing the use of evidence-based programs to reduce chronic pain. 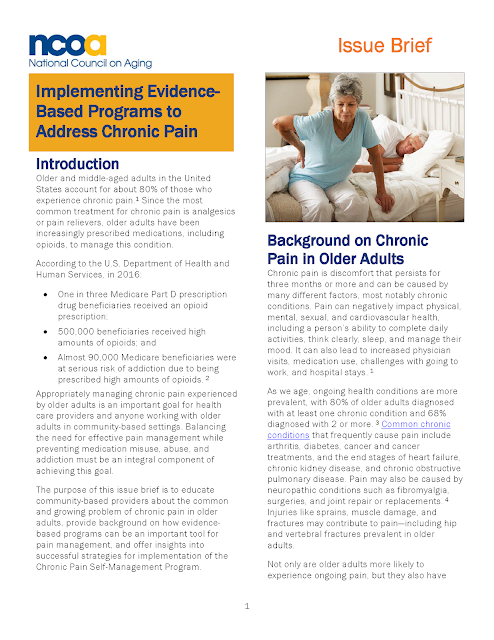 Highlights from the issue brief:

For more information, you can access the NCOA issue brief here.
Posted by Injury Prevention Communications at 10:33 AM