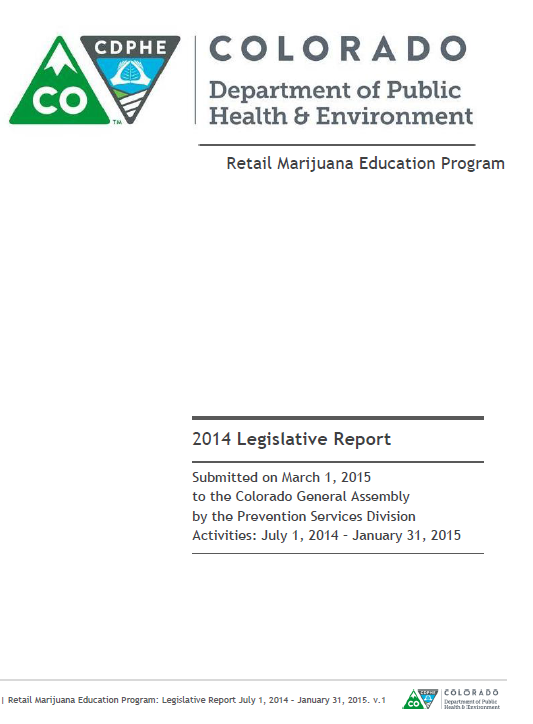 The report addresses CDPHE's progress in the following areas:

CDPHE contracted with the Colorado School of Public Health (CSPH) to evaluate any link between the reach of the campaign and subsequent changes in the knowledge of marijuana laws, awareness of the health effects, perceptions of risk and prevention behaviors among a sample of Colorado residents. A baseline assessment was completed prior to the campaign launch in January. After the campaign is fully launched across the state and a post-assessment survey is conducted this summer, CSPH will analyze any changes over time. Results of this analysis will be published in the legislative report due November 1, 2015.