From CDC: Overdoses of Prescription Opioid Pain Relievers and Other Drugs Among Women 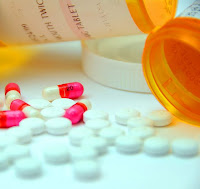 Read the Vital Signs to learn more about this issue and what can be done to help keep women safe from prescription painkiller overdoses.
Listen to Dr. Frieden's briefing on this data:﻿